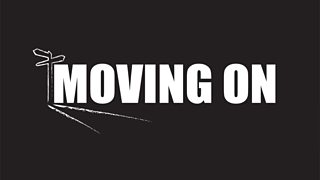 Yes, a considerable number of us at one point or the other, have gone through that dark moment of ” Heart break “. You will agree with me that it is really a trying and rough time that you do not wish on someone knowing that it is a merciless time

Heartbreak comes  at different stages of a relationship. It may be as a result of individual differences, whereby each party has its deal breaker and/or breaking point. For some individuals, they may deal with whatever that is  thrown at them, however, for some individuals, the slightest sight of what doesn’t go down well with them, signals the end of that relationship.  For some it has  been a walk in the park, but for some, when it comes to loving, trusting and giving one’s all, things will never remain the same. 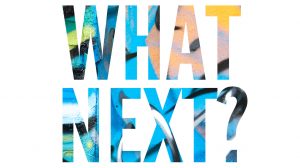 Now that you have agreed to move on, after so much persuasion from friends and loved ones; or you have had enough time to ease out all the negativity, there are some pertinent and sincere questions you must pose to yourself,and they include the following:
*”Are you totally healed? ”
*How much of the hurt have you been able to let go of, and how much are you still holding on to?.
For someone who just got out of this phase of heartbreak, is still in denial, or even not sure of having healed completely, the aforementioned questions may not be ideal to ask.

However, without much stress one can see that you still have a lot bottled up inside and not at peace with; you are not easy to deal with and easily displeased but, you can’t see through yourself as you are the one dishing out the bad vibes. Now is the time to totally move on and do away with all the bad blood.
Let us view a typical scenario together and be the judge as an external party :
You have a new person with whom you share a strong connection with,. This individual has your back at all times, goes up and above to do the best for you, cherises what you have, wants to share the best part of himself/herself with you genuinely, proves beyond doubt his/her feelings towards and about you while you, on the receiving end, constantly holds back, and turns a blind eye to their acts, thereby,making yourself difficult to love and put up with. You do not appreciate any of the gestures towards you, due to your past experience in a bid to play safe in order not to fall victim again, hence, subconsciously dishing out the same acts of torture you were subjected to, to a totally different person and the only offence here is that he/she  loves you. 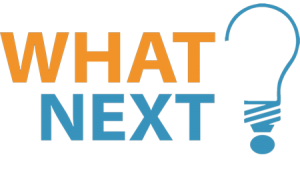 This can be likened to a person applying for a new job and after much ado was employed with so much passion, and can’t wait to offer the company the best. On the resumption day, he was offered a shabby space to put up and work from not because there isn’t a better space, but because the employer is being overly careful as the old employee made a mess of the good, befitting space he was given. The new employee overlooks this and starts work with diligence to change the opinion of the employer but all his efforts are still not appreciated. He isn’t given a fair chance to show what he is capable of achieving, and consequently, his salary and other entitlements is being held on to( this which we can liken to “love” in relationships )because of the exuberances and shortcomings of the former employee.
He tried meeting up with the employer severally, hoping changes would be made, by letting his employer see the loads of things he is capable of doing and the height he can take the company to if only given an enabling environment to showcase his potential. However, all his efforts come to naught. After carefully pondering and giving the issue much thought, he decided to leave the establishment. he figured that, he would be happier, than being marginalised. However, the employer was of the opinion that many people were waiting to fill up his space and would even  do better than him without considering all the enthusiasm and the zeal the former employee put in previously.
Finally a new employee filled the position without his entitlements being withheld. However, after weeks of working, the new employee turned out to be the direct opposite of the former employee. This was not what the establishment needed and they had to keep interviewing potential employees, in the hope that a perfect person for the post would come along. Hmmmmnnn! What a long illustration you would say ,but ,in this scenario, you are the “employer”, the first “employee” is the “new person”you just met, and the “last employee”is the one you think you can always get subsequently . You are beginning to put the puzzle together and thinking it through. It is  beginning to make sense now. Right?
No one wants to be punished for the deeds of another as everyone deserves a fair chance to show their worth and capabilities. An eye for an eye makes everyone go blind.

“I have been hurt and I have to hurt someone”  sometimes leaves the hunter as the hunted. Falling in love after a heartbreak requires total healing both mentally and emotionally and not because you are being pushed to. If we all can have a clean heart no one deserves to be ill treated. If you have once been heartbroken, then, sincerely you won’t want to pull someone else down that lane.
Here are a few ways I feel you can heal completely and get your groove back on:
* Talking about and sharing your experience with a trusted person.
*Do those things that make you happy; find a new side of you.
*Give your hobbies a new twist; travel, read books, listen to music, make new friends, pick a new hobby.
Therapy and healing comes in various ways, find that which suits you.
Start somewhere and somehow.

Till I hear from you and you read from me, remember ,”it’s never too late to mend that bridge “.

2 thoughts on “MOVING ON”